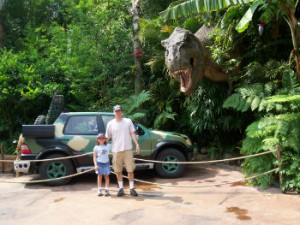 With my daughter and a friend

Hey. Thanks for stopping by. I’m the owner and publisher of ODONNELL BOOKS. We publish horror stories, urban fantasy, and romance novels.

I love to read. It doesn’t matter if it’s the back of a cereal box, an instruction booklet, a magazine in a waiting room, a thick book or a thin book. Comic books or graphic novels. An epic saga or a short story. Fiction. Non-fiction. History. Fantasy. Action-Adventure. Science. Science Fiction. Horror. I like them all. If I see something to read, I’ll grab it and start reading.

I love browsing for new treasures in bookstores, flea markets, used paperback shops, even garage sales. I still get a giddy thrill when I come across a book that I know I just have to get. Hey, that’s why the book was there, right? It was waiting for me to come along and save it and make it part of my book family. And now the digital age is fully upon us. It’s the new way to get my reading fix. I get about a dozen monthly magazines delivered digitally and I devour each and every issue when they come in.

I’ve always loved the world of books and comic books. Some of my fondest memories are riding my bike up to the local comic shop or the local paperback exchange store and combing through the shelves for something new to read. It was there I discovered Andre Norton, Robert Ludlum, Stan Lee, Jack Kirby, Edgar Rice Burroughs, Robert Silverberg, Larry Niven, the Executioner series by Don Pendleton, Tolkien, Ira Levin, Elmore Leonard, and of course Stephen King. There are dozens, if not hundreds of authors that I discovered in those stores, but those are the ones that always immediately come top of mind. I still distinctly remember finding a copy of Stephen King’s Skeleton Crew collection on the bottom shelf, right near the Shining and Dead Zone. I snatched that sucker up and raced home to absorb it into my brain.

Speaking of Stephen King, I am proud to say that I worked with him once. I co-wrote and co-produced a movie based on his short story The Night Flier, which was directed by Mark Pavia. I met Mr. King in New York when we pitched our script ideas for The Night Flier. Mr. King was very generous and very supportive of some of the new ideas we brought to his story. He graciously allowed the project to proceed and the movie was born. You can check out more information on IMDB – The Night Flier on IMDB.

We got close to making several other movies, but those never came to fruition, so that ended that. Life intervened. Bills had to paid. Children needed to be raised. Time passed. Now that my children are older, I’ve decided to jump back into the world I love the most. Books. Okay, it’s ebooks, but hey, it’s still books.

Speaking of movies, I love those, too. There was a show that used to play on weekends called Creature Features that showcased all kinds of great monsters movies and giant bug movies. Through that show, I discovered the great classic monsters like the Wolfman and Frankenstein and the Creature from the Black Lagoon and the Amazing Colossal Man. They also showed some other creepy movies like Attack of the Mushroom People and the Invasion of the Saucer Men. Good stuff! I loved watching the giant bug movies like Them and Tarantula and The Beginning of the End. I still have very fond memories of Creature Features and the movies they chose to air. They provided me hours and hours of chillingly fun entertainment. I’ll randomly throw in Planet of the Apes with Charlton Heston as an old school favorite movie, along with his Soylent Green — two movies that had really cool endings.

Another secret delight of the weekend was watching Land of the Lost on Saturday morning. I still have memories of being scared by the Sleestak! Other TV shows I loved watching growing up were Star Trek, Space 1999, Lost in Space, Land of the Giants, The Outer Limits, The Prisoner and Combat. Okay, and Gilligan’s Island. Hey, Ginger was hot.

I have to mention Ray Harryhausen, his Sinbad movies, and Jason and the Argonauts — one of my favorite movies of all time. To this day, I have a fascination with skeletons because of that great skeleton battle. Skellie, the host of my Land of Fright™ series is a nod to Mr. Harryhausen and all the sheer delight he brought to me when I was growing up.

Staying on the movie train of thought, I also love watching WWII movies. From A Bridge Too Far, to The Great Escape, to Von Ryan’s Express to Band of Brothers, I have an endless interest in those stories of valiant American GI’s fighting to save the world. I think this has also fueled my passion for history in general, which you’ll notice coming out  through some of the historical horror stories in Land of Fright™.

And, of course, there were the horror movies. Christopher Lee as Dracula. The Blob with Steve McQueen. Vincent Price playing all sorts of creepy characters, especially Dr. Phibes. Halloween, Nightmare on Elm Street, Dawn of the Dead, the Exorcist, Rosemary’s Baby, the original Wicker Man.

As long as I’m rambling about things that I loved growing up, I might as well keep going. Comic books. Thousands and thousands and thousands of comic books. Jack Kirby and his Kamandi series was a particular favorite. I loved the power that Mr. Kirby brought to his artwork. Some comics I liked were Daredevil, The Fantastic Four, Alien Legion, Spider-Man, Batman, Superman and dozens and dozens of others. I would buy ten or twelve issues a week and just eat them up. Ah, the days of twenty and twenty five cent comics. Bring them back!

I also watched Bruce Lee movies, Jackie Chan movies and tons of Hong Kong action movies. If you’ve never seen Hard Boiled then you are in for a treat. Some of the greatest shoot-outs ever. To this day, I still love a great martial arts movie as long as the fight scenes are inventive and creative. And James Bond. I still love James Bond.

Okay, I have to throw in some adult movies. I watched those, too. I still enjoy a good classic Christy Canyon movie, or a Seka movie or Annette Haven, and quite a few more.

So I’m a great big glop of horror, action, fantasy, science fiction, secret agent, martial arts, war, history, and sex all rolled up into one. The Land of Fright™ series will embrace all of those genres I love. I’m throwing them all together into one big pot, adding a dash of fright to them all, and we’ll see what comes out. I hope you join me and stay with me. There are a lot of stories brewing in that pot.

It’s interesting how most of the memories of the shows and authors that I love are from my younger days. I have no explanation for that. It’s just what I remember the most. Maybe I’m trying to cling to those happy memories as a way to hold on to my youth. I have no idea. All I can say for sure is working on the Land of Fright stories is making me happy (even though some of the stories are dark as hell!) and I’ll continue to write them as long as this feeling lasts.